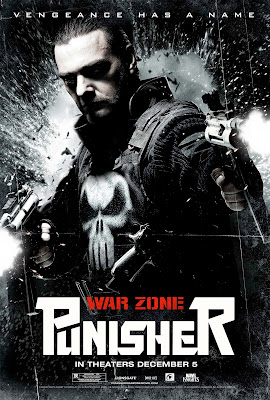 Wow. "Punisher: War Zone," which I thought was a good pic for its genre, grossed a pitiful $4 million at the weekend box office. According to Box Office Mojo, that's the worst opening ever for a Marvel pic and about a quarter of what the 2004 Thomas Jane version did its opening weekend.

Most reviews were dreadful, though I also think timing is an issue. It's December, and most moviegoers are looking for family fare, Oscar bait or highbrow blockbusters — and this is none of those. October would have been a better month — much as it would have worked so much better for the also-maligned "The X-Files: I Want to Believe" — but who knows? The audience for this kind of movie has been dwindling into nichedom for years and we're a long way from the 1980s heyday of Stallone, Schwarzenneger, Willis and Chuck Norris.

None of which means the film won't make money — its primary market was always international box office and DVD. It just has a bit farther to go to get into the black. Whether Marvel will try yet again — sure. It's just a matter of how long they want to wait and how they'll try to reinvent the franchise yet again. I'd bet we have to wait about five years. 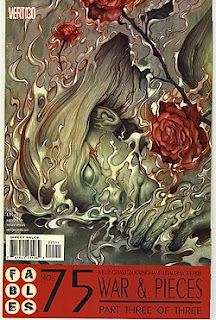 On the pleasantly hopeful side of things is ABC picking up a pilot based on Bill Willingham's DC/Vertigo comic series "Fables." Stu Zicherman and Raven Metzner will run the show — they most recently were on "Six Degree" — and the series is being produced by (big surprise!) Warner Bros. TV. David Semel will direct the pilot.

I can't help but think the success of HBO's "True Blood" influenced the pickup, as I can easily see a similar approach working with the "Fables" concept — though without all the nudity, sex and violence.
Posted by Tom McLean at 11:53 AM

Mutant Cinema: The X-Men Trilogy from Comics to Screen. Published by Sequart.